In order to give you a better service Edigem uses cookies. By continuing to browse the site you are agreeing to our use of cookies. I agree.

Gemstones, precious metals and the divine jewels that gifted goldsmiths and gem setters create out of these most beautiful of materials, have fascinated mankind for millennia. Some of these artisans have gained renown around the world for the sheer magnificence, singularity or creativity of their creations and have built up world famous jewellery houses.

In this article, we would like to present to you some of the most distinguished jewellery brands that have gained fame by providing their patrons with some of the most magnificent creations in the world. Among the following seven brands you will find veritable giants but also a few smaller jewellers that have managed to make their mark on the world with creations that virtually radiate ingenuity and inspiration. 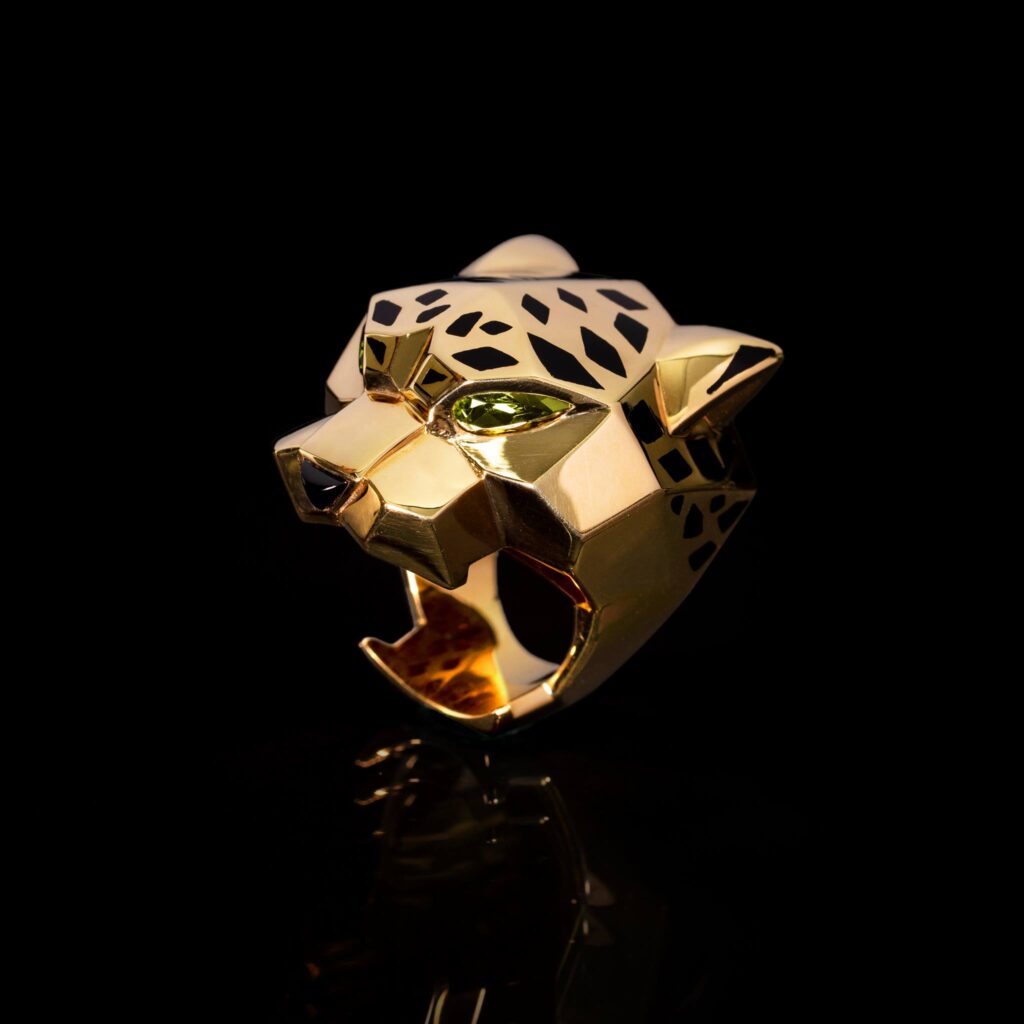 Founded in 1847 by Louis-François Cartier, this French luxury Maison is one of the giants in the industry with a long history of selling to royalty all over the world. Cartier until this day holds a royal warrant by appointment to HRH The Prince of Wales as a supplier of magnificent jewels for the British royal family. For more than 170 years, Cartier has understood how to fascinate people from all walks of life for their creations by designing jewels that resonate symbolism and meaning. Be that the iconic Panthère collection, which conveys the pure elegance and majesty of the feline world, the love bracelet, which gently reinvented the ancient concept of the chastity belt and brought it into the modern world as a reminder of everlasting faith or the many ring designs that symbolise eternal love, fidelity and friendship. Cartier continues to have its metaphorical fingers on the pulse of time and remains to this day “the jeweller of kings and the king of jewellers”. 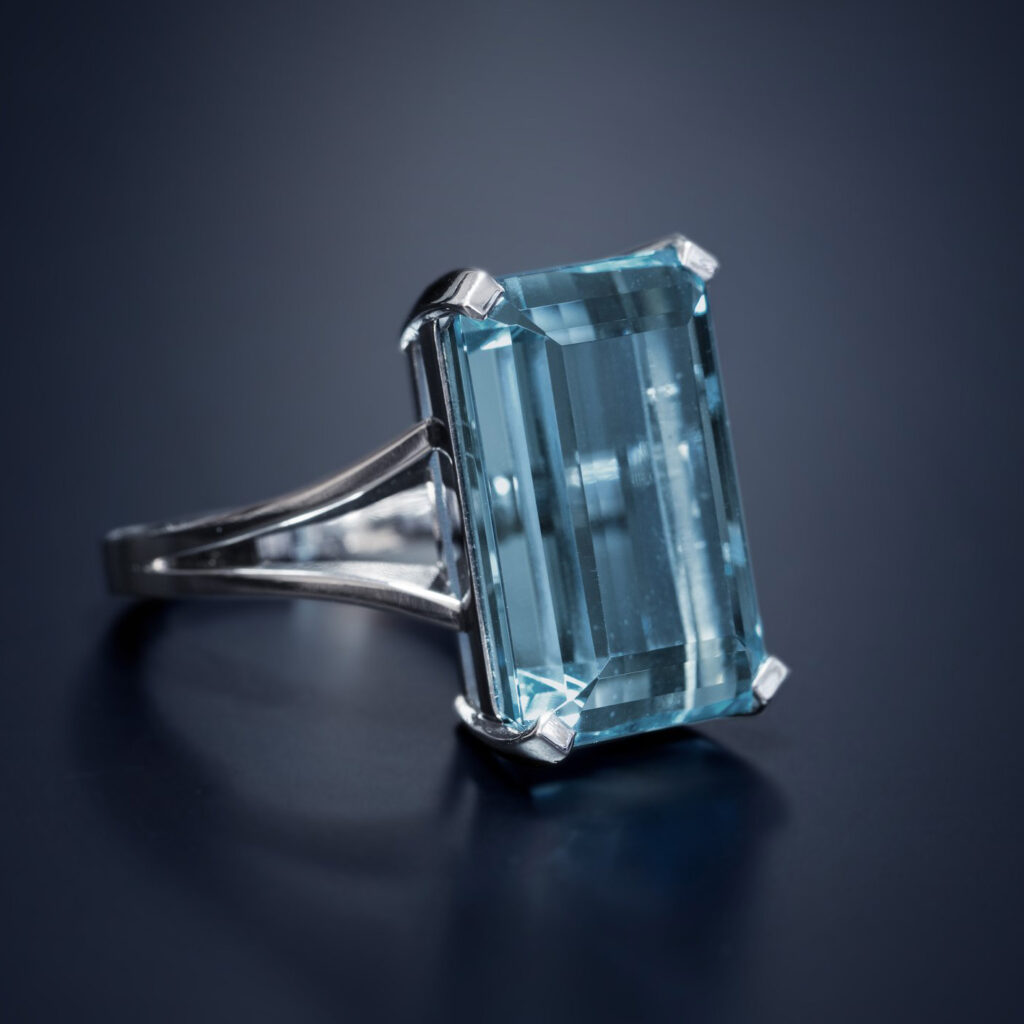 The House of Gübelin is a Swiss jeweller and retailer of fine timepieces, which operates one of the most famous gemmological laboratories in the world. Because of their intimate connection with the world of and science behind coloured gemstones, Gübelin has chosen a particularly creative and deeply inspired approach for designing their magnificent jewellery creations. Many gemstones can be distinguished by looking deep into their depths and exploring their magnificent inner worlds. These fascinating patterns can even assist the skilled gemmologist in the Gübelin Gemmological Laboratory in finding out the origin of these precious gifts from deep within the earth. Gübelin takes the inspiring vistas found mainly within rubies, sapphires and emeralds and translates these patters into inspired jewellery creations that mirror the breath-taking inner worlds. The element that distinguishes the House of Gübelin is their deep understanding and appreciation of and intimate love for coloured gemstones. 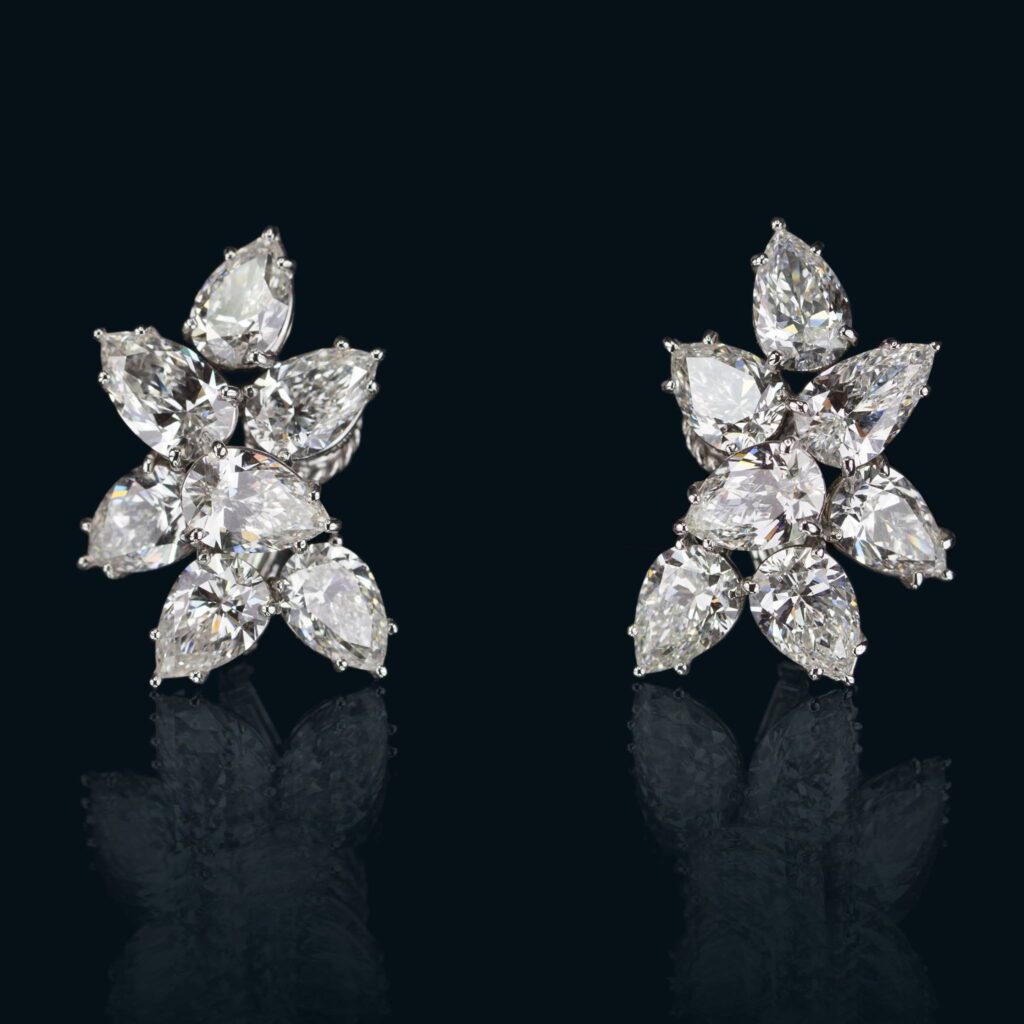 In 1932, a young Harry Winston, son of two Ukrainian immigrants opened his first jewellery store in New York City. Having learned the craft from a young age in his father’s business, Harry Winston quickly made a name for himself by creating stunning diamond jewellery that was increasingly noticed by the greatest names of the day. Many iconic jewellery designs followed these early successes, like the diamond cluster in which, for the first time, the individual diamonds, not the metal setting dictated the design of the jewel. Harry Winston himself was an avid collector of jewels and gemstones and a passionate philanthropist. He donated one of the stars of his collection, the famous blue Hope Diamond to the Smithsonian Institution, helping to establish the museum’s National Gem Collection. Today, the House of Harry Winston is known particularly for its magnificent diamond jewels but also for creating intricately designed jewellery timepieces. 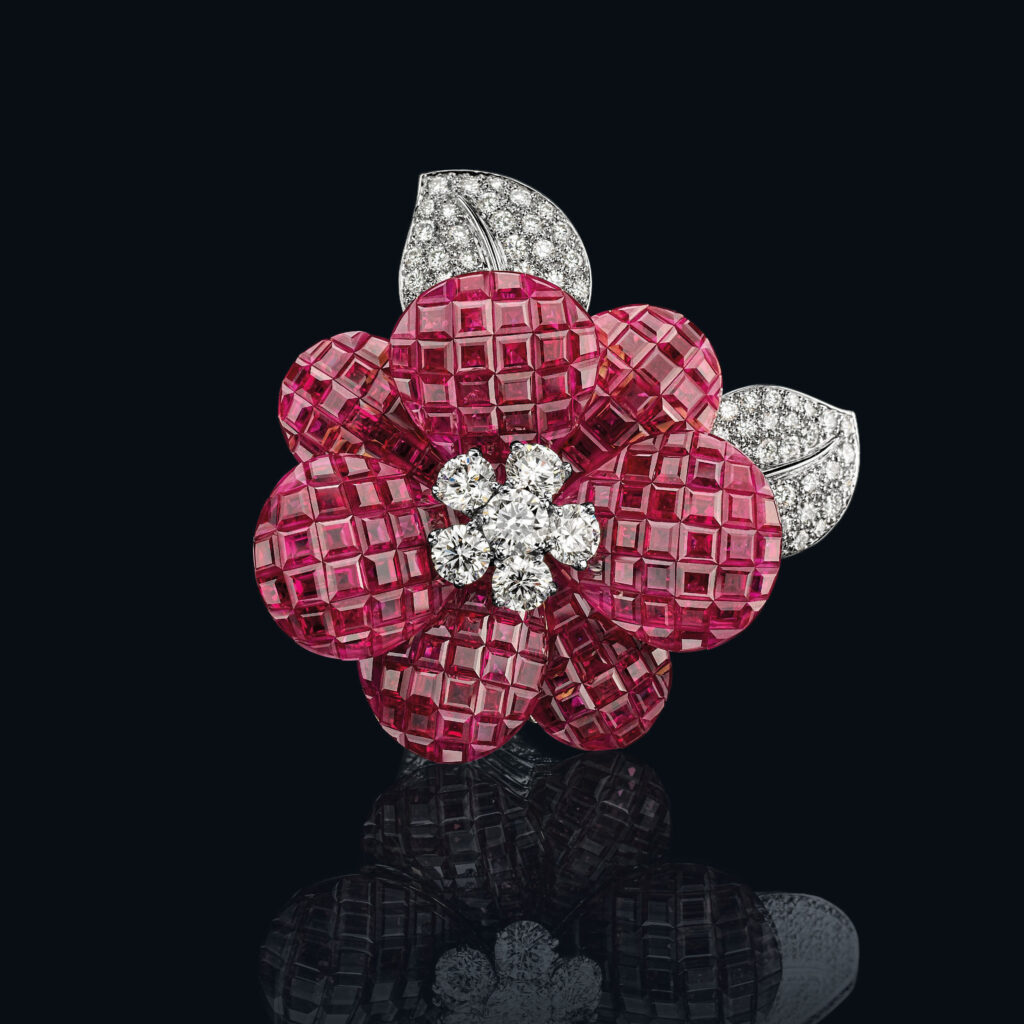 Together with his father in law Salomon Arpels, Alfred Van Cleef founded the jewellery company Van Cleef & Arpels in Paris in 1896. Today the house is well known for its playfully divine jewellery creations and magnificent timepieces that are often set with precious gemstones. In 1933, Van Cleef & Arpels patented its very own style of gem setting, the so called Mystery Setting, which allows gemstones to be set without the prongs being visible. Ranging from the exquisite to the whimsical, each Van Cleef & Arpels creation radiates the passion that the house’s artisans put into manufacturing these special treasures. The creations of this iconic French luxury house have been worn by celebrities like Elisabeth Taylor, Grace Kelly and the Duchess of Windsor. Even state crowns, like the ones of Empress Farah Pahlavi of Iran and Queen Nazli of Egypt were commissioned from the illustrious Maison of Van Cleef & Arpels. 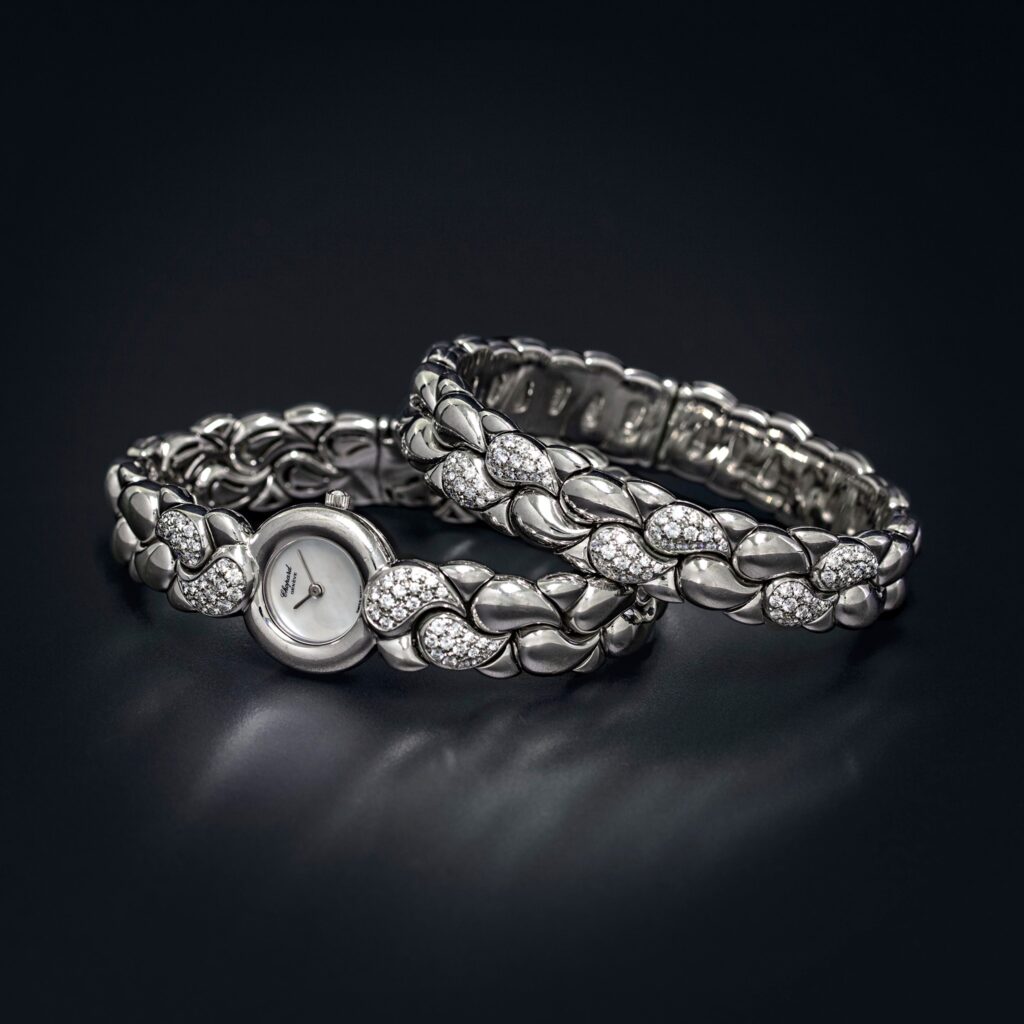 Another almost ancient house, Chopard was founded in 1860 in the idyllic village Sonvilier in the scenic Jura region of Switzerland. Louis-Ulysse Chopard’s creations were quickly noticed internationally for their reliability and functionality. This early fame led to Chopard being the provider of fine timepieces for Tsar Nicolas II and his court. Today, this Swiss luxury maison is particularly well known for its “Happy-Diamond” watches, in which free floating diamonds move inside the watch’s dial. Stars from all over the world deeply appreciate the opulent elegance of Chopard’s jewellery and the technical refinement of their precious timepieces. 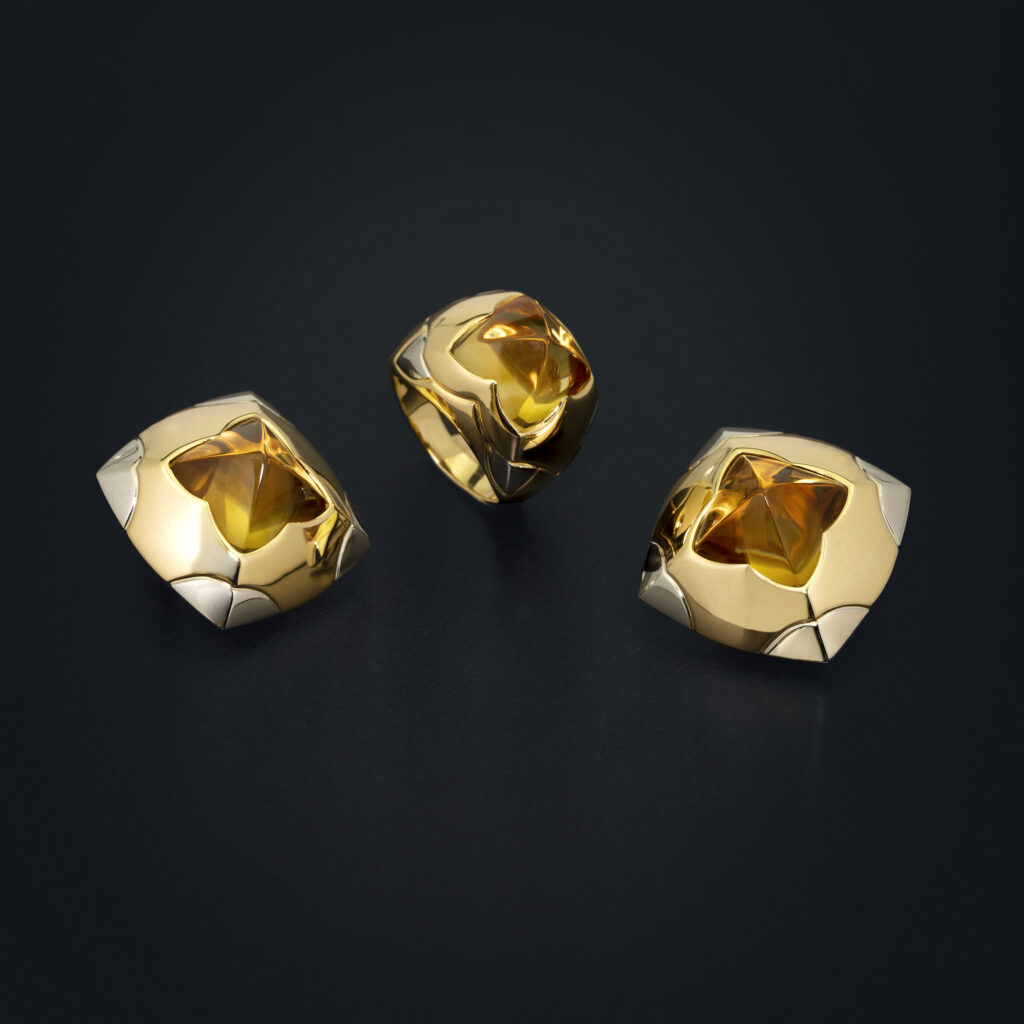 In 1884, Greek born silver smith Sotirio Voulgaris opened his first shop in Rome. To fit in with the Italian Society, Voulgaris changed his family name and was henceforth known as Bulgari, a name he adopted for his new business as well. After building the first Bulgari flagship store at Via Dei Condotti 10 in 1904, the Brand quickly built up a reputation for its beautiful, Roman-inspired jewellery pieces that were coveted by more and more stars from around the world. Only during the reign of his two sons after Sotirio’s death in 1932 did the logo change and the rising Italian luxury brand become known around the world as Bvlgari, substituting the Latin U with a V as a reference to ancient Rome. During the decades, many celebrities have worn jewels created by the famous Italian jeweller, among them Elizabeth Taylor who was well known for her deep affection for Bvlgari and its creations. 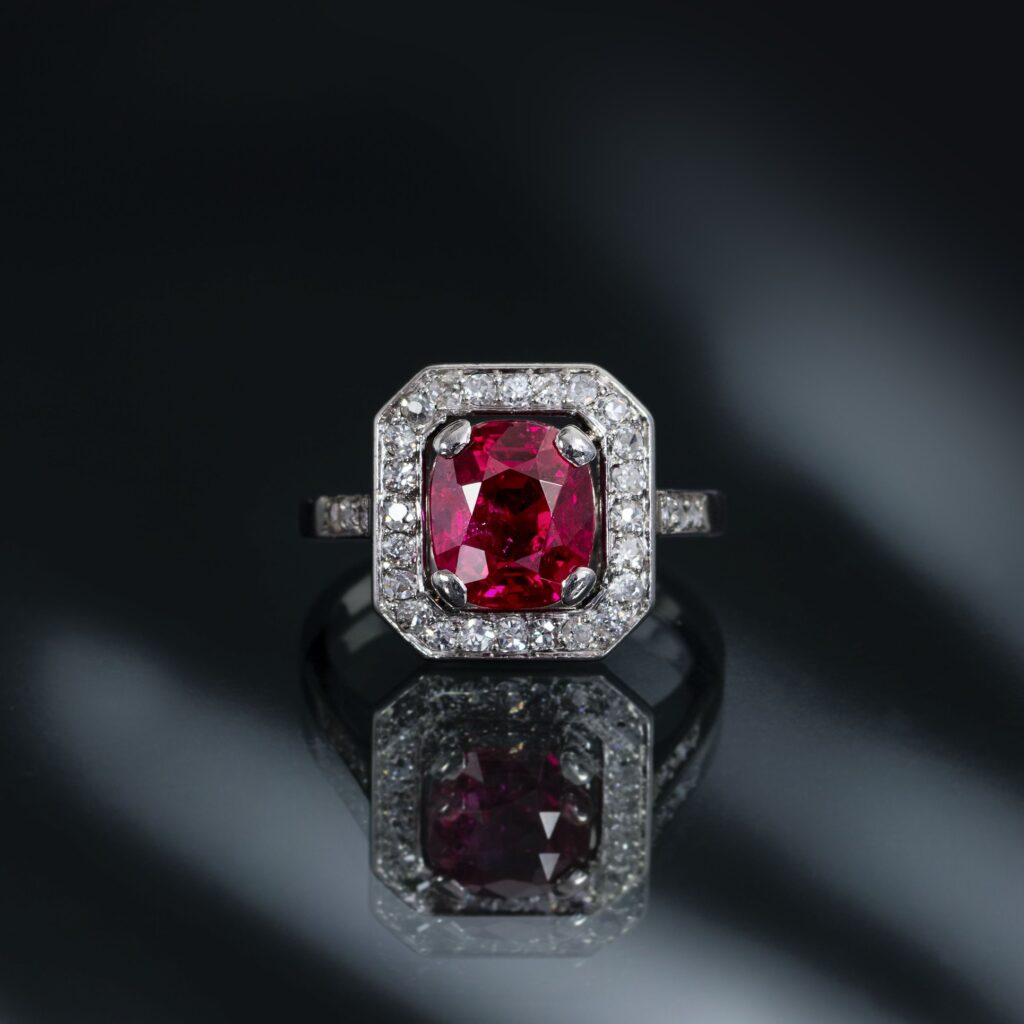 The iconic jewellery brand that has had its boutique at Number 26 of the legendary Place Vendôme in Paris since 1893 will conclude our expedition into some of the most renowned luxury houses. Boucheron was founded in 1858 by Frederic Boucheron. A short time later, one year after establishing his ateliers, the gifted jeweller already won a Gold Medal during the International Exposition of 1867. During the end of the 19th and the beginning of the 20th century, Boucheron catered to the jewellery needs of royals all over the world. Russian princes and emperors, Maharajas as well as the British royal family counted among the lucky patrons of this iconic French jeweller. Today, the brand continues to manufacture timelessly elegant pieces of jewellery as well as provocative works of art and some of the most exquisite timepieces in the world.